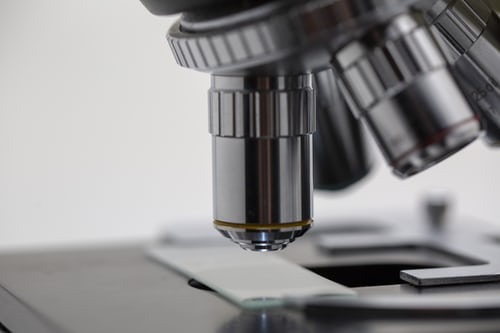 APF Research Fellow Dr Richard Allen and Trustee Professsor Gisli Jenkins are involved in research, funded by Action for Pulmonary Fibrosis, to discover why some people are more likely to develop IPF than others.

Recent research, funded by Action for Pulmonary Fibrosis, has resulted in a breakthrough for IPF patients and their families.

Researchers have discovered parts of the DNA that put some people at higher risk of idiopathic pulmonary fibrosis (IPF).  This will help increase understanding of what causes IPF and support the development of more effective treatments.

The research teams compared the DNA of 4,000 people with IPF to 20,000 people without IPF. In total they investigated over 10 million changes in the DNA and found that people with IPF were more likely to have changes in three genes that have not previously been known to be involved with the disease. These genes suggest biological pathways which crucially could be potential targets for new drugs.

One of these genes lies in a pathway that has recently been shown to promote fibrosis in the lungs. There are currently drugs under development that can target this pathway and might benefit patients. The other two genes highlight pathways not previously investigated for IPF but which might drive development of new treatments in the future.

‍These are really exciting discoveries and improve our understanding of the disease. Hopefully this research will help in the development of treatments which are desperately needed for this devastating disease