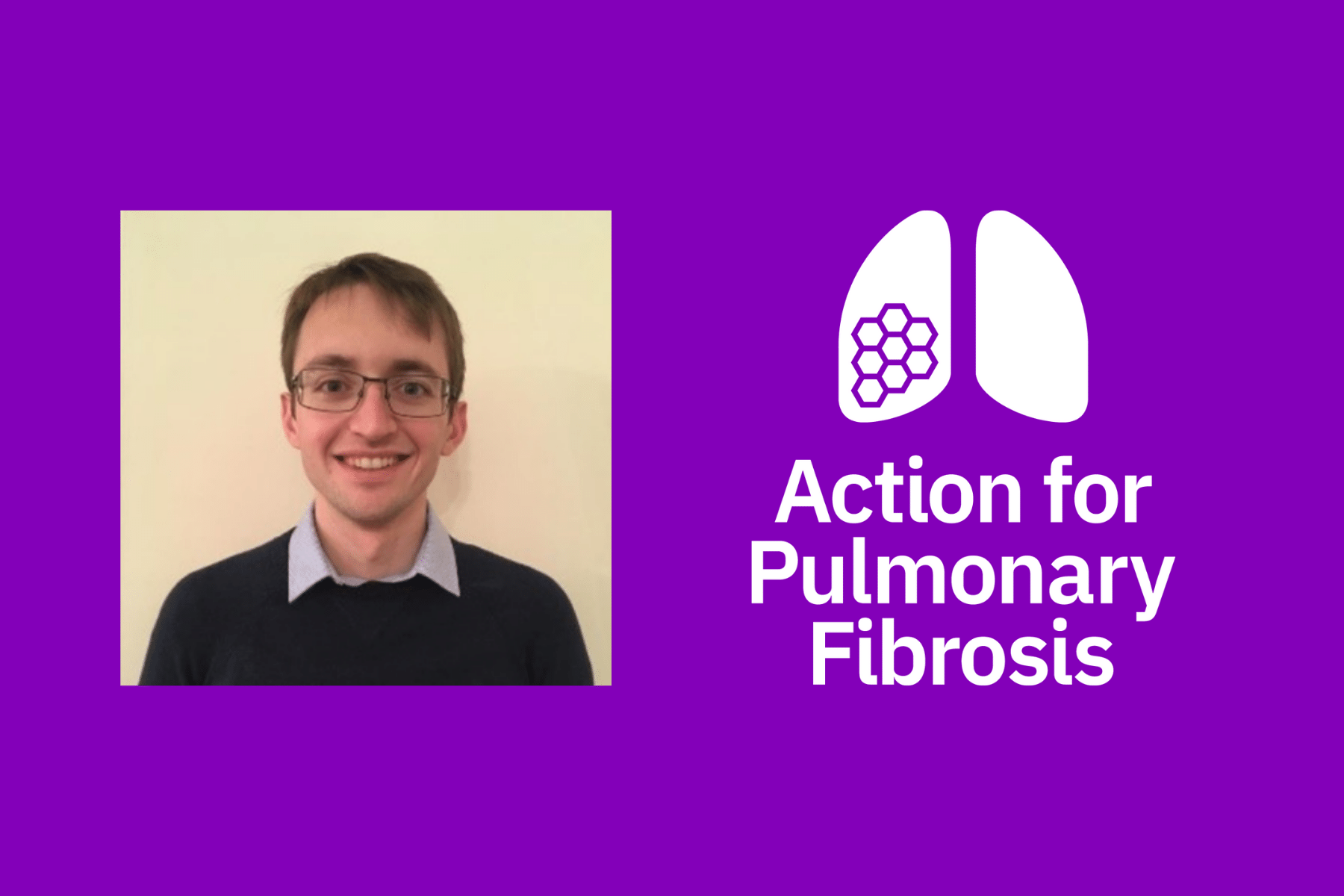 Following on from this insightful event, he answers your further questions after learning more about his research.

Have you managed to identify whether the male or female genes are more likely to pass on higher risk of IPF?

We know that more men are diagnosed with IPF than women are, but we are not completely sure why that is. This is probably partly down to environmental exposures (men may be more likely to work in jobs which a higher exposure to risk factors) but may also partly be down to genetics. We have started to do research to identify if there are genetic variants that affect men and women differently but this is still in its early stages.

I have had IPF for eight years -- are people like me valuable for research?

Do we know why IPF also targets middle aged men over 55 approx ,whilst eg cancer strikes at an earlier/more random age it seems

We know that factors that control biological ageing are important for pulmonary fibrosis risk. We can think of DNA as being a bit like a shoelace, it is a long string and at each end are protective caps. In DNA these protective caps are called telomeres. As we get older, our telomeres shorten so we use telomere length as a measure of biological age.

We find that people with IPF have much shorter telomeres than people of the same age who don’t have IPF. There are a number of genes that regulate telomere length and individuals with IPF are more likely to have genetic changes in these genes.

Cancers occur when there is damage to the DNA that cause the cell to start doing things it is not meant to do. This damage can occur at any age. Interestingly, people with long telomeres (although being at a lower risk of pulmonary fibrosis) are at a much higher risk of cancer. This is because the long protective telomeres mean this damaged cell is less likely to die and more likely to replicate and spread, and thereby causing cancer.

It looks like 23 and me are recruiting for an PF study in the US - will you be collaborating with them?

We currently don’t work with 23andmefor our fibrosis research but we are always looking to increase our collaborations and will contact them to see if we can work together in future.

Could you estimate (or take an educated guess) how close a medication to assist the 'brake' signal?

The research into the “brake” proteins is still fairly early stages so it is difficult to estimate how long a medication would take. Drug trials that target the “accelerator” proteins are more advanced and a recent clinical trial was undertaken to test one of these drugs. Unfortunately, this trial was stopped early due to complications in individuals taking the drug. This means more research is needed to ensure these are effective and safe treatments.

Would you like our children to be tested in their DNA as my Father Died of IPF and I have it too, so would it be wise to look at their DNA?

Genetic research can be conducted in two ways. In our group we tend to focus on population studies of unrelated individuals, this allows us to study genetic variants on a population level to study sporadic pulmonary fibrosis. Other groups perform family studies where they investigate the DNA of related family members, which improves our understanding of familial pulmonary fibrosis. It is worth keeping an eye out for studies that are also recruiting family members (though I don’t know of any that currently are).

I see more IPF now than I ever did are we just better at diagnosis or is there more people getting it?

There are more and more people being diagnosed each year with pulmonary fibrosis. This is mainly due to better diagnosis and increased awareness of the disease thanks to campaigns like those by Action for Pulmonary Fibrosis. There may also be other factors that are increasing the numbers. For example, we are an ageing population meaning that age related diseases, such as pulmonary fibrosis, are going to become more common as there are more elderly people.

If IPF is aggravated by your environment does Car pollution trigger this perhaps , and is the exercise programmes trialled making any benefit to extend lifetime?

For IPF we don’t know what the specific environmental trigger was but we do think pollution increases your risk of pulmonary fibrosis. I don’t know the specifics of the exercise programmes you mention so I can’t comment on those.

Would it be wise to have our children looked at with there DNA it may help your tests?

Is there any evidence that frequent or prolonged use of tobacco increases the chances developing pulmonary fibrosis similar to COPD?

There are many environmental exposures we know increase your chances of developing pulmonary fibrosis. These include smoking, fibrotic dusts (for example wood or coal dust), pollution or inhalation of antigens (for example moulds found on hay or in bird feathers).

Is there a way to identify through genetics which of the two available drugs is best suited for the patient?

Not yet. We are currently applying for funding to extend the research beyond this fellowship and that would be one of the questions we would like to answer.

This is going to sound strange, but has hair spray been linked as a trigger?

The inhalation of anything that is likely to damage the lungs will likely increase the risk of fibrosis. There are some research papers suggesting exposure to hair related products may increase your risk of pulmonary fibrosis but this isn’t as well understood or verified as other exposures.

Answers to your medical questions from a respiratory doctor:

Talking of clusters, is there any evidence of IPF sufferers having other common serious illnesses such as cardiac related diseases?

People with IPF have an increased risk of vascular disease, particularly coronary artery disease and deep vein thrombosis (1). Subsequent research has shown an increase in pro-thrombotic factors and enhanced platelet reactivity in the blood of people with IPF (2, 3).

Is research going on to improve carbosystein so that it is easier for sufferers to get rid of their sputum?

Drugs like carbocisteine that are claimed to reduce sputum viscosity are generally ineffective. Cough is a common problem for many people with PF and current treatments are often unsatisfactory. Problems with the gut such as gastro-oesophageal reflux or poor oesophageal motility are common in PF and may cause cough, and in our experience treatments aimed at the gullet can sometimes help (4-6). Treating cough in PF has been the subject of research (7) and several clinical trials are ongoing.

UK data on IPF are collected through the British Thoracic Society registry (https://www.brit-thoracic.org.uk/quality-improvement/lung-disease-registries/bts-ild-registry/). Data on different ILDs are not currently collected. However, ILD experts commonly disagree on diagnostic labels for ‘non-IPF’ ILDs (8). Moreover, recent clinical trial evidence suggests that anti-fibrotic drug therapy has similar benefits across a range of progressive fibrotic ILDs, regardless of diagnosis (9).

How is familial pf diagnosed?

Familial PF is diagnosed in the same way as sporadic PF, with a detailed clinical history and physical examination combined with imaging of the lungs with a high resolution CT scan. Occasionally, further information may be required with a lung biopsy. The key in familial PF is that the affected person has one or more affected first degree relatives (parent, sibling, or child).

We hope you found this Q and A session helpful. If you require further information please head to our Information page, or contact our support line and email service.