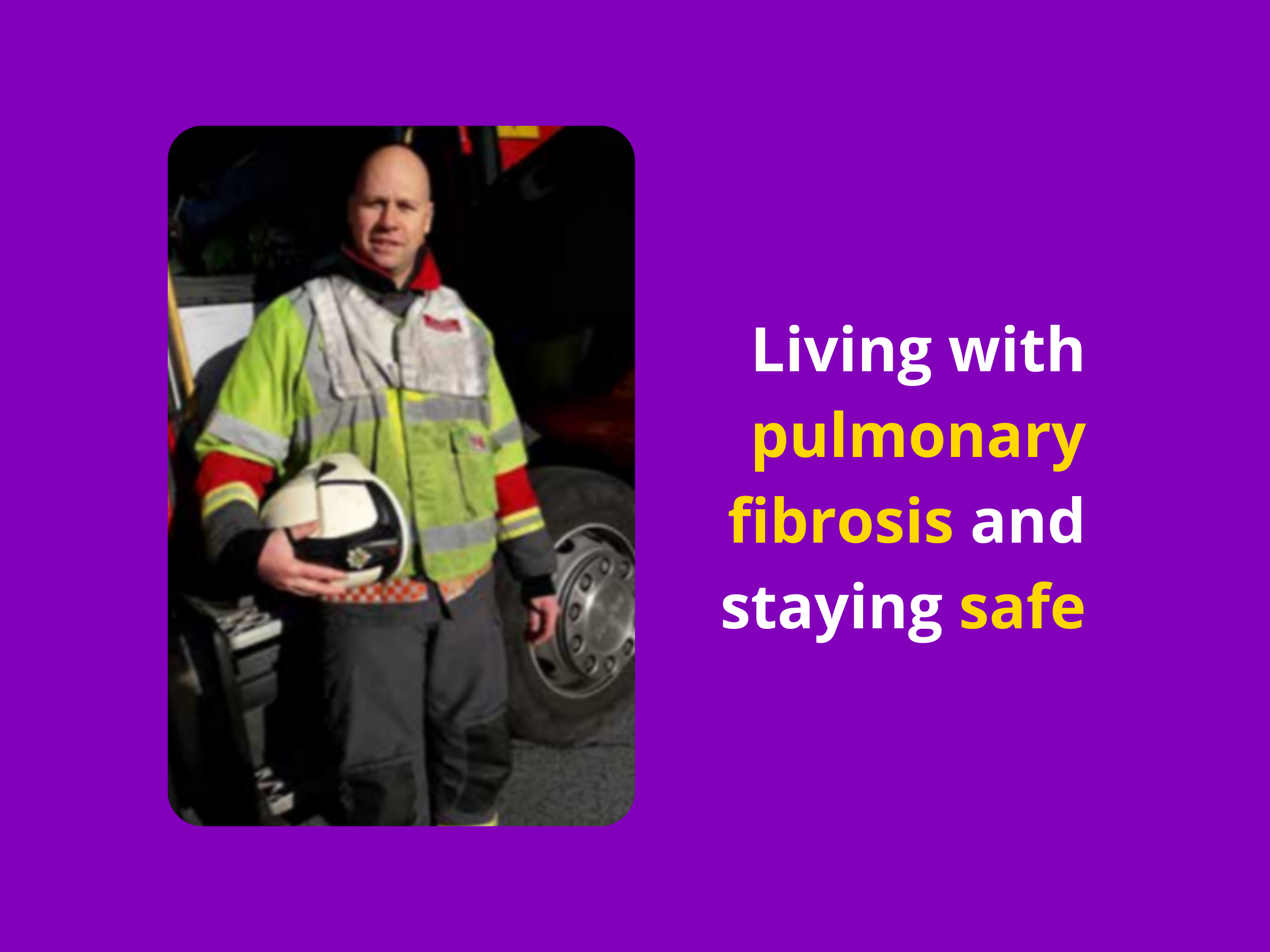 Firefighter Ashley Fullard is a man on a mission. Since losing his beloved dad, Neil, to IPF a year ago, he is determined to help other pulmonary fibrosis patients stay safe in their own homes. “My dad was diagnosed nine years before his death so he did well.

"As his condition worsened, I was constantly assessing him and the impact the illness could have on his safety. As PF is a progressive disease it is important to regularly re-evaluate your capabilities. Patients are so busy coping with the illness they don’t think about the impact that decreasing mobility and using oxygen has on safety.”

Ashley, Watch Manager at West Bridgford fire station in Nottinghamshire, now wants to spread the word about safety to PF patients across the UK, in memory of his dad. “My dad was a remarkable bloke. He worked hard and family was everything to him. He was a taxi driver and customers became friends. His PF was actually picked up when he went for his driver medical. He was a realist but he was positive. He’d say, ‘I know I’m going to die but I’m not going to die today.’ ”

Ashley and his sister Kerry even took three months leave to look after their dad, with mum Mary, so that he could stay at home as long as possible. He passed away in March 2019 and is much missed by his family, especially his four grandchildren, Georgia (8), Hugo (4), Arron (10) and Imogen (7).

Ashley has regularly visited support groups in the East Midlands and has either visited or arranged visits to over 30 patients to advise on safety. Any individual or support group in the UK who would like a visit from their local Fire and Rescue Service can email him at ashley.fullard@notts-fire.gov.uk

Any individual or support group in the UK who would like a visit from their local Fire and Rescue Service can email him here.