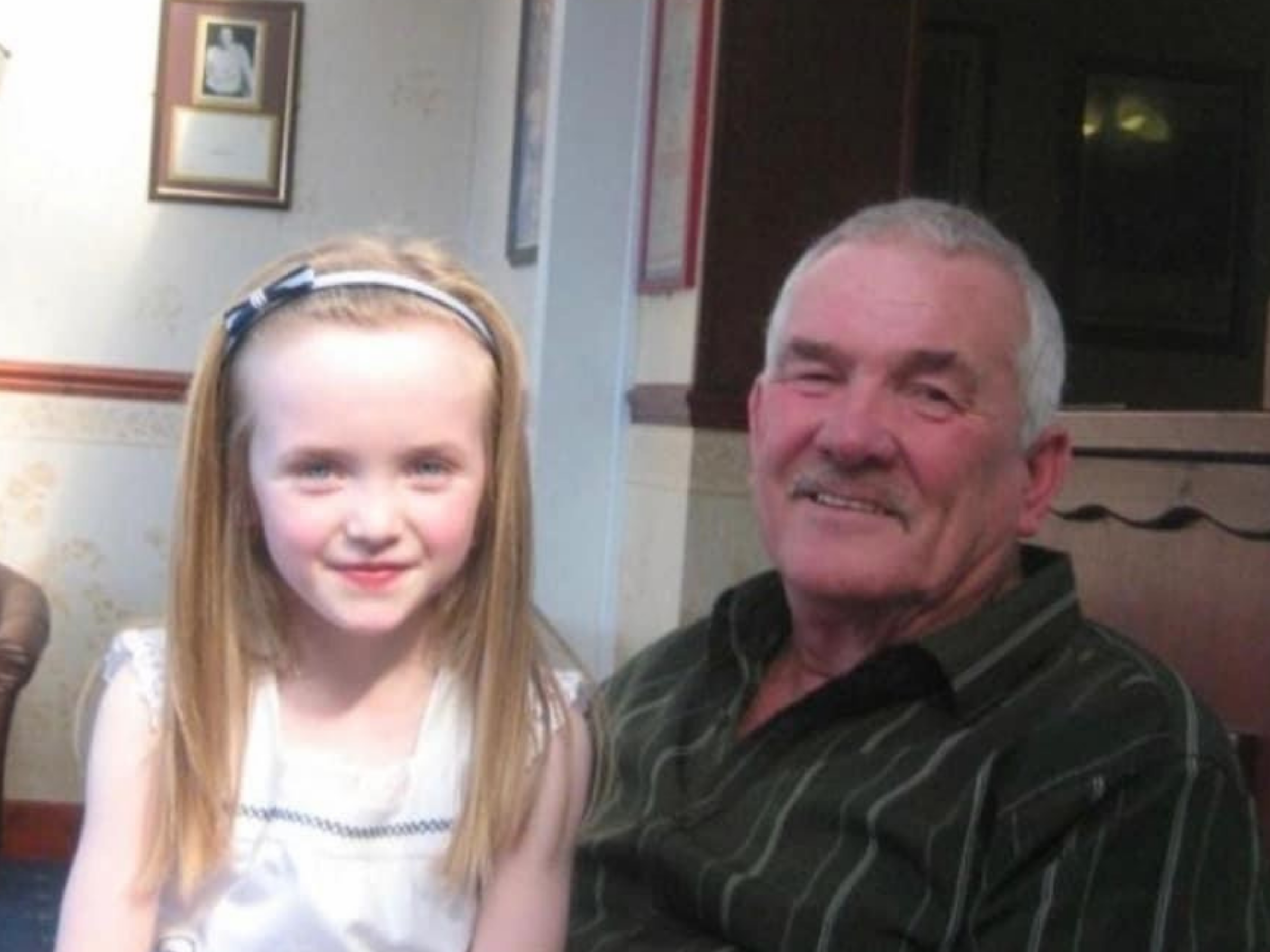 Following the tragic passing of her beloved Grampa Gerwyn Davies, Mia-Beth dedicated her A-level media coursework to raising awareness of Idiopathic Pulmonary Fibrosis, and sharing her family's story to help others.

"How would I describe IPF? Well from a family member's point of view, completely heart-breaking.

My Grampa was diagnosed in 2016 at the age of 71. He spent almost three years fighting this disease but sadly he passed away in January of 2019.

For the first two years he was fine but at the end of 2018 his disease progressed awfully fast. One minute he didn’t have any symptoms and the next he was on full time oxygen. IPF is so unpredictable even though when you're first diagnosed they tell you this has a life expectancy of 2-5 years; I don’t think it really sinks in, as families you don’t want to accept that the person you love has a very small chance of surviving this.

Late November of 2018 he was put on oxygen which was extremely hard for my Grampa to accept. He hated asking for help over even going to the hospital so being on oxygen full time was something he didn’t want. No matter how stubborn he was, the oxygen seemed to be helping.

At Christmas he was in high spirits but by the New Year he was a completely different person. He was even more breathless, he wasn’t sleeping, everything became a struggle. It broke my heart watching the strongest man I knew start to become so fragile.

It was awful watching the person you love more than anything struggle to breathe. I just wanted to be able to breathe for him

The 6th of January he was taken into hospital because his oxygen levels dropped dramatically, the doctors could not do anything for him or our family, their words were ‘it could be six weeks or six months, take him home and make him comfortable’ .We didn’t get the time we were hoping for. My Grampa took his last breath 1 hour and 40 minutes after coming home hospital. Our family was broken and what made it worse was, we had no explanation: he was gone and we were left to pick up the pieces. No one prepared us for this to happen so sudden. As selfish as it is, I wanted more time but now looking back, I would hate to see him suffer more than he already was.

After he passed, I wanted to share his story.

I needed people to know how quick this disease can change but I also wanted to share how strong he was.

After I started to post on my social media and started to follow loads of PF accounts, I found a whole IPF community I never knew existed. I read stories about people and families who are going through the same thing we did. In November of 2020, I was contacted by Charlotte from a charity organisation called Action for Pulmonary Fibrosis. Immediately I introduced myself and shared my Grampa's story and my passion for raising awareness. This intrigued her so much, that she's given me the opportunity to work on a project about my Grandfather. This is an ongoing journey and one day it will be shared on their large platform.

I grew up completely amazed by my Grampa’s intelligence, humour, kindness, and strength. We would laugh for hours at Snapchat filters: his smile was so contagious. He was the only person who would ever laugh at my jokes. Working on this article and the article with a charity that is so close to my heart has really helped with the whole grieving process. After feeling so many emotions about my Grampa's illness and death, I'm now at the stage of acceptance.

I don't think anyone ever gets over losing someone you love, the way I see it is you learn to live with the pain and over time it starts to get a little easier. Unfortunately, my Grampa's story is one of thousands of people who have sadly lost their lives to this disease. The thorough research for IPF continues. This gives current patients and families hope in what seems to be an insufferable illness. I hope my article reaches families with loved ones suffering from an incurable disease or anyone who has lost someone."

I hope this gives you the strength to reach out, talk about your feelings and realise that you are not alone

Mia-Beth's coursework was to create a magazine cover with a double page feature article, she chose pulmonary fibrosis as her theme with a focus on her Grampa.

If you or your family needs information about pulmonary fibrosis, or support please get in touch.