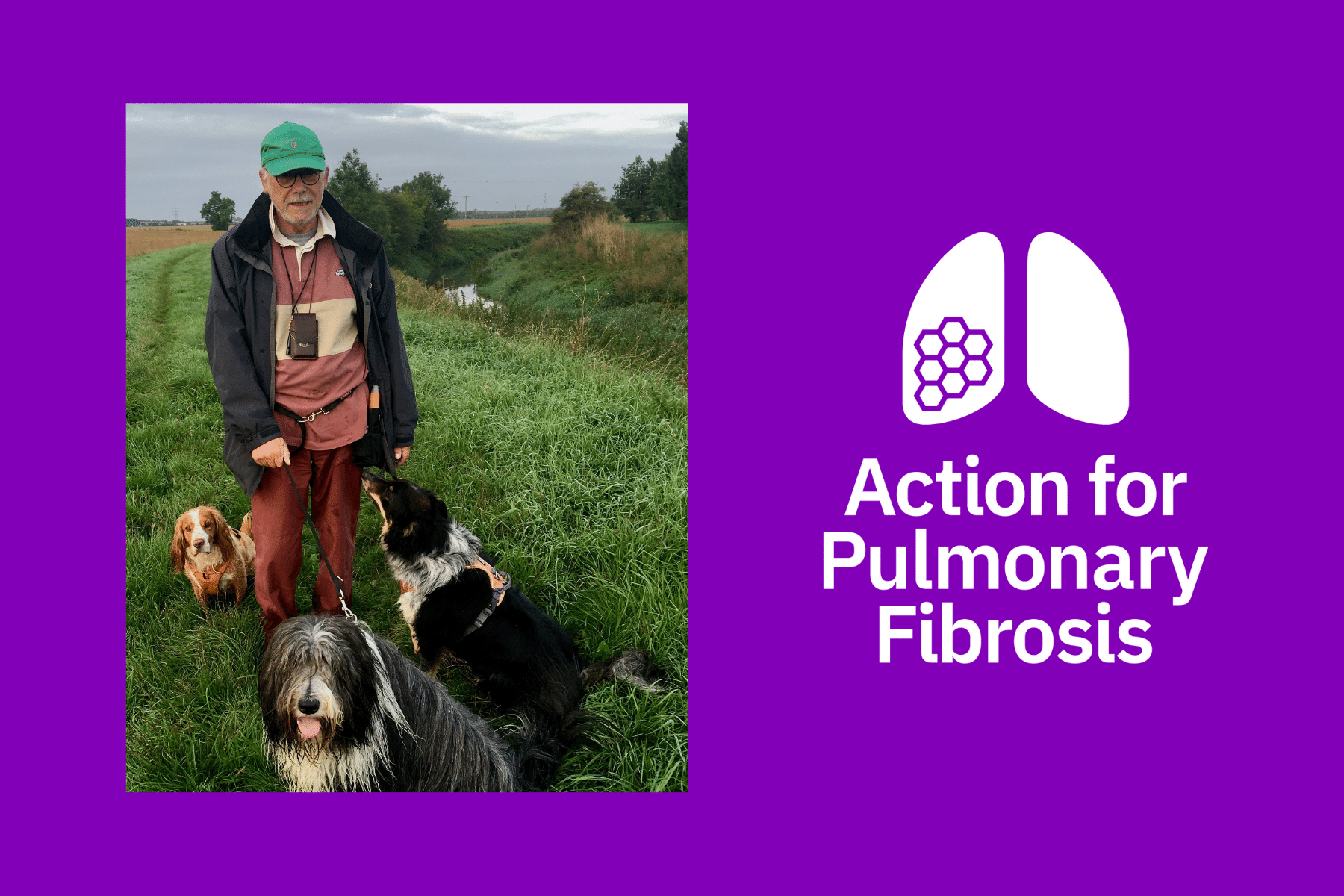 Following his IPF diagnosis, Robert Hay set himself a 360,000 step challenge to fundraise for Action for Pulmonary Fibrosis. Here, he tells his story in his own words...

I was initially diagnosed with pulmonary fibrosis in January of this year and then identified as idiopathic a bit later, in July.

My first discussion, with my consultant, didn’t really register.  After the meeting, I spent a lot of time ‘surfing’ the Internet and slowly began to come to terms with the prognosis. Information from the website and talking with people in APF I realised that whilst the prognosis for those of us with PF is not an easy to come to terms with, there are things you can do to help you retain maintain a good quality of life, for years to come.

And it reminded me of one of my own belief.  It’s a quotation, the first sentence of which is not nearly as well-known as the second sentence, and it goes like this…

Never give up because you’re afraid, you may never be so wrong.  The difficult takes a little time; the impossible a little longer.

Hobbes, my bearded collie (named after the cartoon character not the 17th century philosopher) has ensured that I have been getting out regularly for exercise - even throughout the lockdown.  We’re fortunate to live in a very rural part of the country with lots of open spaces to walk in.

So, when APF Awareness Month and the “Go The Distance Challenge” came along, it was a no brainer for me.  I was already averaging 10,000 steps per day walking Hobbes.  I thought an increase of 2,000 what not unreasonable ask.  That’s how decision on the 360,000 Steps Challenge came about.  Now, as it happens after the first 7 days, I’ve been achieving just over 13,000 steps a day.  Apparently, 2,000 of the ‘average’ steps equates to 1 mile - or so “T’Internet” would have one believe.   Therefore, my target of 360,000 steps is the equivalent of 180 miles.

Now as you know, we PF patients have good days and bad days - coughing fits, breathlessness etc. that can ruin a day.  Good days see off the daily challenge without a problem, bad days (of which I’ve had one, so far this month) make achieving the daily challenge virtually impossible.  Having said that, I’m confident of achieving the 180 miles.  And, if I can manage it with a few days to spare.  Therefore, upping the ante to 200 miles is something I am aiming for.