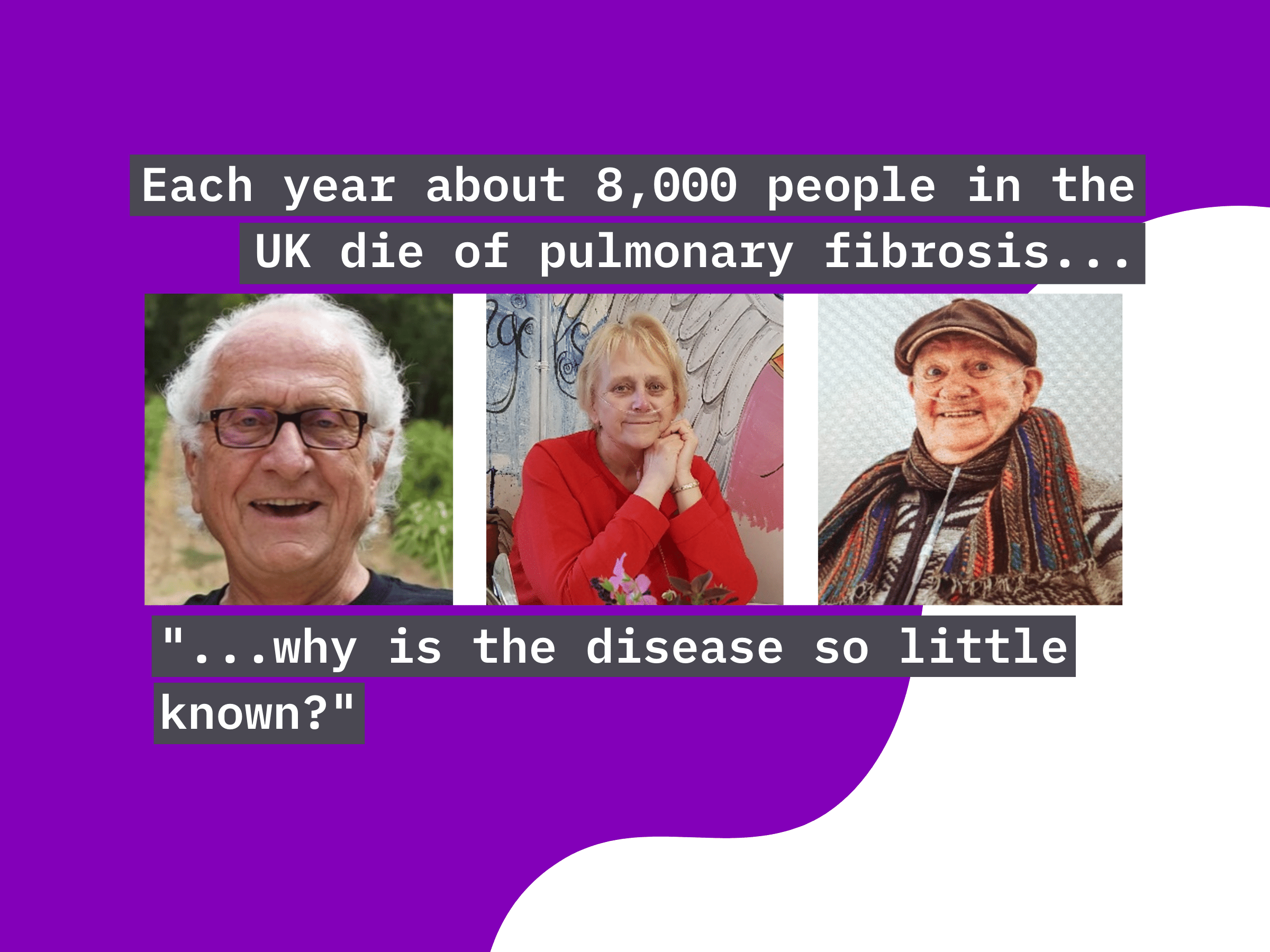 More people die of pulmonary fibrosis than leukaemia or ovarian cancer – so why is the disease so little known?

Despite this, the general public is often unaware of pulmonary fibrosis.

Almost everybody has heard of leukaemia, which kills under 5,000 people each year, but few people know about pulmonary fibrosis.

If you were to walk down your local high street and ask 100 people if they have heard of pulmonary fibrosis, I doubt whether more than 10 people would say ‘yes’. If you then asked those 10 people to tell you something about the disease, hardly anybody would be able to do it.

It’s as though we are invisible. This lack of awareness makes it difficult to discuss our illness with family and friends and can lead to feelings of isolation and loneliness.

Over the last few years we have managed to get stories on pulmonary fibrosis inro the national, regional and local press, on the TV news and radio. We have also become more active on social media. But, we need to do more!

Let’s make it our New Year’s resolution to get a story about living with pulmonary fibrosis into our local press and media. And, let’s use fundraising events both to raise money and educate those attending about what it is like to live with this devastating disease.

If you need support in sending your story, emma@actionpf.org. would be delighted to help you.