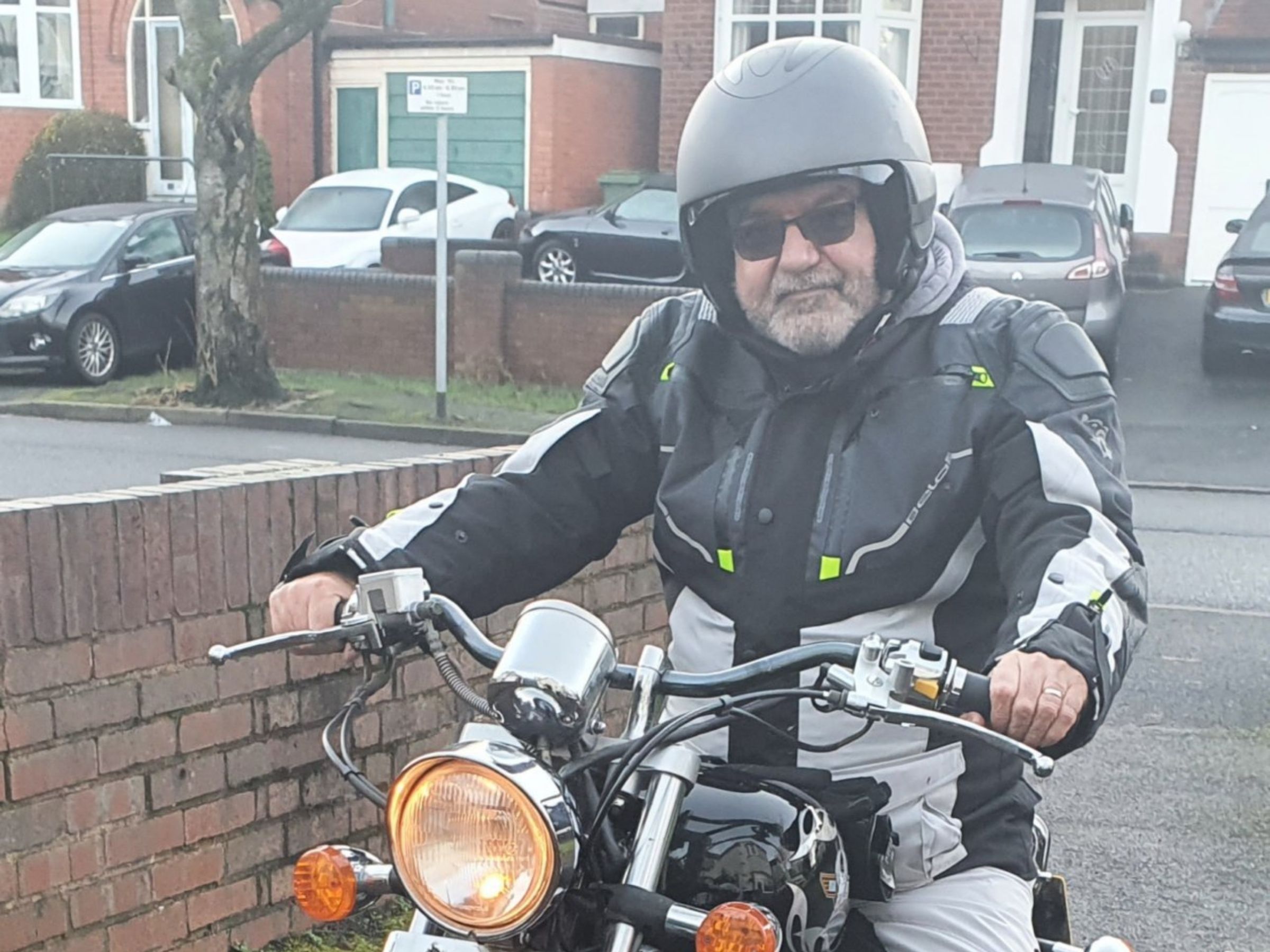 Andy Bright, support group co-ordinator at APF, talks about his ten year journey with pulmonary fibrosis and he’s made it his life mission to support others.

The LONG road to diagnosis

I had been involved with APF as a patient since 2016 but my story started 10 years previously. I first noticed problems with my breathing in 2006 when I was 42yrs.  I went to my GP, who said it was nothing to be concerned about. I was still physically active playing badminton, squash, golf and football.  A year later things changed dramatically. I’d developed a horrible cough which was pretty much 24/7 and I practically had no voice.   This was the beginning of my six year journey to get answers.

My wife would call up in the morning as I was getting ready for work “Would you like a coffee?” I would answer with one clap for yes and two claps for no. I had to carry a note pad around with me as sometimes I couldn’t speak at all.

In 2010, I got myself referred to a voice therapist and after 6 months of treatment taught myself to talk again. My breathlessness was getting worse and the results of my lung function tests were in decline (in 2006 my lung function was 60% of what a “normal” person should have by my age and by 2012 it was down to 45%).

In Sept 2012, after six years of various “…oscopies”, biopsies, tests, CT scans my consultant in Birmingham said that it was relatively stable and that he would see me for a routine appointment in 12 months.

When I played sport my motto was “Never Give Up” and so I applied it to my current situation.

After further research, I saw a cough specialist in Leicester who in turn referred me to Dr Gisli Jenkins and finally arrived at UIP (Usual interstitial pneumonia, PF by another name).

I was 49, my career in Insurance Management was a distant memory, my salary was a third of what it was (which brought inevitable financial problems), I could no longer participate in sports (which was something I loved), and I could not pick up my grandchildren off the ground yet alone carry them proudly on my shoulders like I did their mother when she was young.

In Dr Jenkins opinion I would need a lung transplant within 2-3 years. However, he admitted that each case was different and that it could be sooner or it could be later.

We had tried all sorts of treatments during the previous seven years and none of them had been able to stop the decline but he did say that there was anecdotal evidence that chemotherapy “could” slow the rate of progression (by now my lung function was down to 34%).

So faced with that information and my “Never Give Up” motto I said “Let’s try that then”.

Waiting for THE CALL

Fast forward to August 2018 and I’m still holding on, barely, planning each day carefully and using supplemental oxygen. By now my lung function was down to 21% and should it drop a little lower the machines will not be able to register it.

Without a lung transplant it was likely that the next Christmas, if I made it, would be my last.  I was 54.

I would not get to see my grandchildren grow up (I then had four), I would not be able to walk my daughter down the aisle and I was pretty sure that I wouldn’t see my beloved Villa back in the Premier League. So, I carried on carefully planning each day and getting to the end of it, without major issues, I considered a success.

On 6 September my wife Jill and I went out to dinner to celebrate our 32nd wedding anniversary. I held Jill’s hand to tell her that I had finalised all my funeral details and that when death came there was an envelope in my office that contained all the information that she and the children would need in respect of my “send off” and everything relating to household bills etc.  It also contained the music I wanted playing…including “Always Look on the Bright Side of Life”, OBVIOUSLY!

We had a lovely meal and agreed that whatever time we had left we would continue to focus on enjoying ourselves with our wonderful friends and family, our three supportive children, and their partners, and our beautiful grandchildren.

“Hello, is that Andy? We may have some suitable lungs for you…do you still want to go through with the transplant?”

I was there within half an hour (my bags had been packed and in the boot for 10 months as per hospital instructions).

The lungs went in…there were “speed bumps” concerning my heart, kidneys and a couple of other things and so they kept me in a coma for 8 days.

After 6 weeks in hospital, I was allowed home. I had now entered what I called our “Brave New World”.

Although I no longer had PF I had continued to be involved with everything PF related and organ donation.  At the end of 2021 I was checking the APF website and was immediately struck by a vacancy for a support group co-ordinator position at the charity.  An opportunity to offer the best support available to people around the UK seemed too good to be true. I was delighted to be appointed and began my new role in January 2022.

I am looking forward to working with patients, carers, healthcare professionals and the dedicated team at APF in all areas of support, research, education and campaigning.

The pandemic has been tough on us all.  Like many others, I have lost friends from my fibrosis family, my transplant family, my blood family and friends during this terrible ordeal.

Despite shielding for two thirds of my Brave New World I have reached many major milestones:

• witnessed the arrival of our 5th grandchild, Ada

• won a medal in badminton at the British Transplant Games

• seen my son graduate from university

• walked my daughter down the aisle

• enjoyed simple days out with my family

• been nominated to be a Batonbearer for the Birmingham Commonwealth Games

Now I have the opportunity to make a real difference in the fight against PF.

If you would like to learn more about living with pulmonary fibrosis, or need support please get in touch.