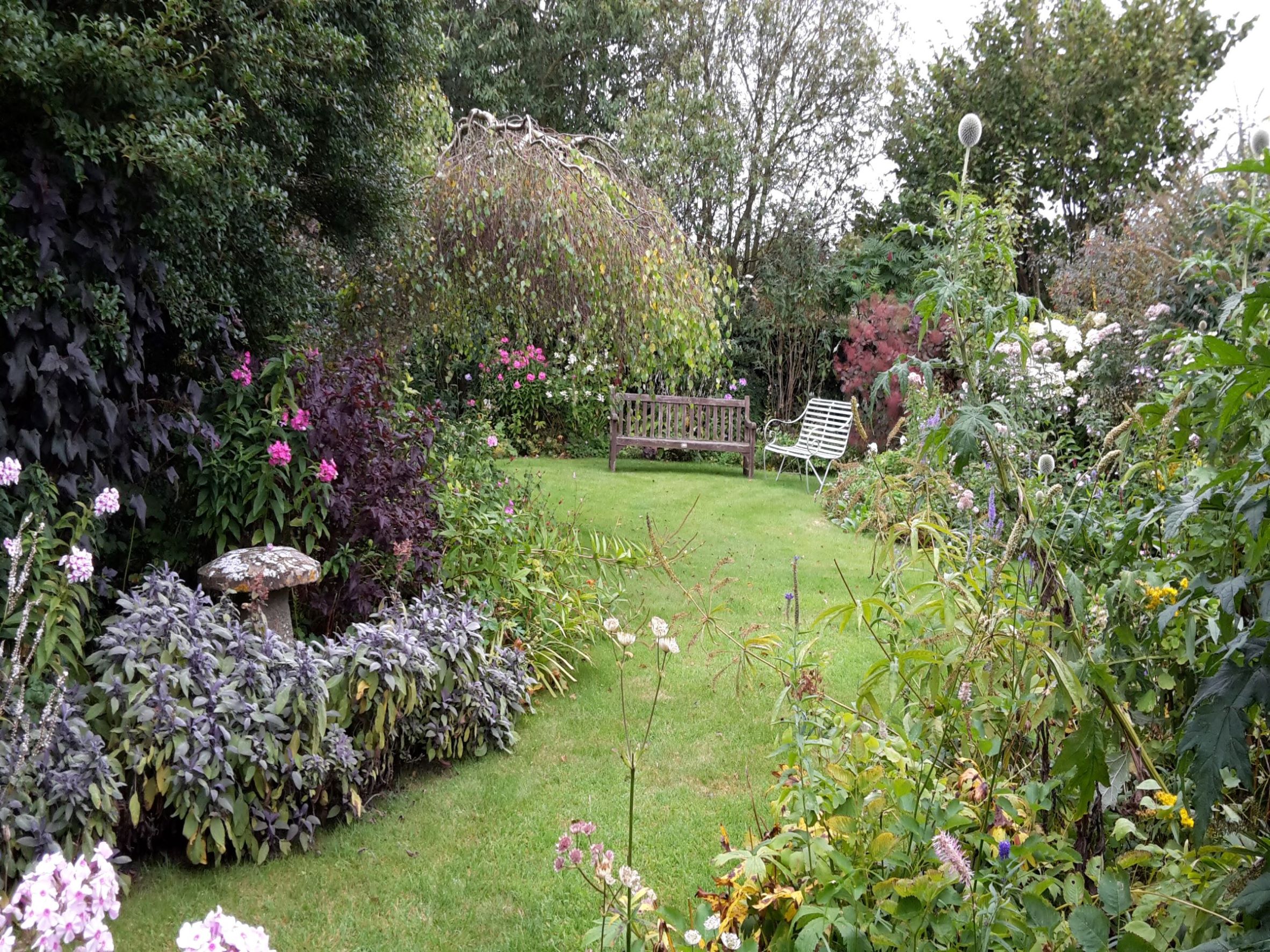 “Pauline was such a kind, caring unassuming person, she was regarded as being totally honest and trustworthy and loyal by her friends. I have tried to keep her memory alive and fundraise for APF in the hope that one day there will be a breakthrough in understanding this cruel disease.”

On 24th February 2022, less than three years after a diagnosis of IPF, Pauline Popely died in St Catherine’s Hospice Scarborough.  Ian stayed with his wife throughout, wonderfully supported by friends, family and their new church. Tragically her sister lost her battle with the same disease less than a week later.

Ian describes Pauline as a wonderful lady who did so much for the community and the countryside, which was exemplified by the hundreds who turned up to pay tribute to her at her funeral and Thanksgiving Service in March this year.

He goes on to explain how their lives were turned upside down on Friday, 13th September 2019 when the lung consultant at Scarborough Hospital diagnosed Idiopathic Pulmonary Fibrosis (IPF).  Pauline had begun to experience breathing difficulties that year during her many botanical and wildlife walks and she did not seem able to get rid of a chest infection. Fortunately, she was referred to what Ian describes as “the outstanding and caring team under Dr Simon Hart at Castle Hills, Hull.” The team gave much needed support and advice in coping with this debilitating disease. Ian and Pauline were particularly supported by IPF Nurse Mark Major who had set up a support group for patients and carers where they were introduced to other people affected by PF and organisations that provide information and support, like Action for Pulmonary Fibrosis.

Pauline was prescribed Nintedanib and a trial drug and, during the first nine months, saw little deterioration.  Sadly, Covid curtailed support group meetings, and an awkward fall in the garden in June 2020 resulting in five fractured vertebrae, brought what Ian describes as immense pain and a downward spiral in her health.

Other health issues surfaced but her breathing remained the biggest cause for concern.  Oxygen therapy was prescribed in October 2021 and thereafter Pauline’s mobility deteriorated. From Christmas, Pauline was confined to bed and in January started palliative care at home, until being admitted to the Hospice where she lost the battle she had so cheerfully fought.

Little did I know that it would be I who would become the carer. It was a privilege to look after my beautiful wife over that past two years, ably supported by health professionals, family and friends and a faith which gives me hope that Pauline is now in a better place where there is no more pain or suffering. May she rest in peace and her memory live on in our hearts. These last two years have been tough, lightened by the joy of our granddaughter Lily making an appearance on 5th Oct 2020. She is such a bundle of fun and lifted Pauline's spirits until the last.

Pauline loved country life where she was able to follow her passion for flowers. She was a member of East Yorks Hardy Plants Society and achieved distinction in RHS Plantsmanship and Garden Design courses. She became Scarborough's Botanical Recorder and joined several local Naturalist Groups.

Ian kindly chose APF as the nominated charity for donations at Pauline’s funeral and has continued to raise further funds following the sale of cameras and books.  To mark Pauline’s birthday, Ian (pictured second right) organised an Open Garden for her Naturalist friends and raised an impressive £520. In total Ian and his supporters have donated over £2500 to APF.

Our sincerest thanks to Ian for sharing his story, and for keeping Pauline’s memory alive through raising funds for APF. Every penny raised in memory of loved ones helps APF continue to be here for everyone affected by PF, and can help fund vital new research into the disease that could one day help lead to a cure.

Find out how you can raise funds in memory of a loved one here.