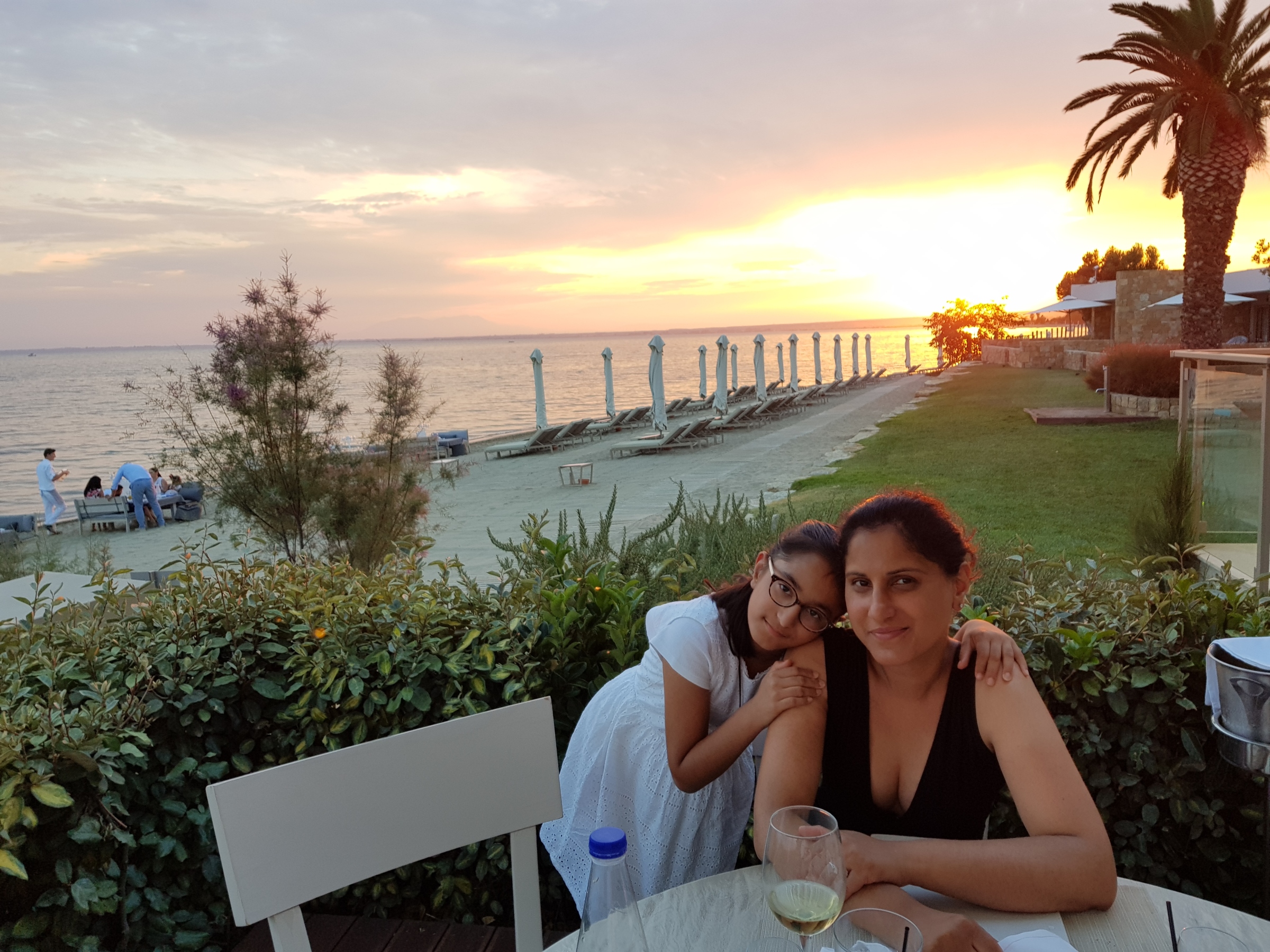 Sheetal was a devoted mother to her daughter, Naisha, and a successful property lawyer when she was diagnosed with a rare form of pulmonary fibrosis (Pleuroparenchymal Fibrolastosis – PPFE) in 2015 at the young age of 38.

Sheetal’s husband, Deepak explains, “Family was most important to Sheetal and, our daughter Naisha, was her world. She was completely devoted to Naisha. She was also passionate about her work and her team and was made a Partner at the age of 30. Sheetal always worked hard and continued to work after her diagnosis. At that point, we didn’t appreciate quite how progressive the disease was or the enormity of Sheetal’s diagnosis.”

Sheetal suffered some symptoms of pulmonary fibrosis including a persistent cough but was able to live a relatively normal life for five years following her diagnosis. Deepak explains, "Sheetal became breathless when on a long walk or climbing stairs, but she was able to continue working, do the shopping, daily chores and look after Naisha. She wanted to live and be there for Naisha and was able to live a fairly normal life with her symptoms. She was a very strong and courageous person, in fact, the bravest woman I’ve known. Nothing phased her. But it must have been incredibly difficult for her living in the knowledge that she had limited time– particularly as a mother who wanted to be there to see her daughter grow up."

Unfortunately, Sheetal’s condition progressed very suddenly when, in April 2020, she became very breathless at home. She was admitted to hospital a few days later and was immediately placed on a ventilator. Sheetal battled for nearly five weeks in an induced coma, and devastatingly passed away in May 2020.

Death will happen to all of us but, at 43 years old, it’s just not right. If this can happen to us, it can happen to other people. It is critically important that something is done to make life easier for people living with pulmonary fibrosis, particularly if you have PPFE.

Deepak, along with friends, family and work colleagues, raised over £16,000 for Action for Pulmonary Fibrosis in Sheetal’s memory. These funds will be used to support our research strategy over the next three years, funding vital work to develop new treatments and technologies to create hope and a better future for everyone affected by this devastating illness.

I wouldn’t wish what we have been through on anyone. This will be with us forever. That’s why we’re supporting APF’s research – we want funds raised in Sheetal’s memory to help families and to help find a cure. It’s what Sheetal would have wanted.

Raising funds in Sheetal’s memory has given Deepak and Naisha a positive focus. He says,

We'd love you to support our Hope for All Research Appeal.