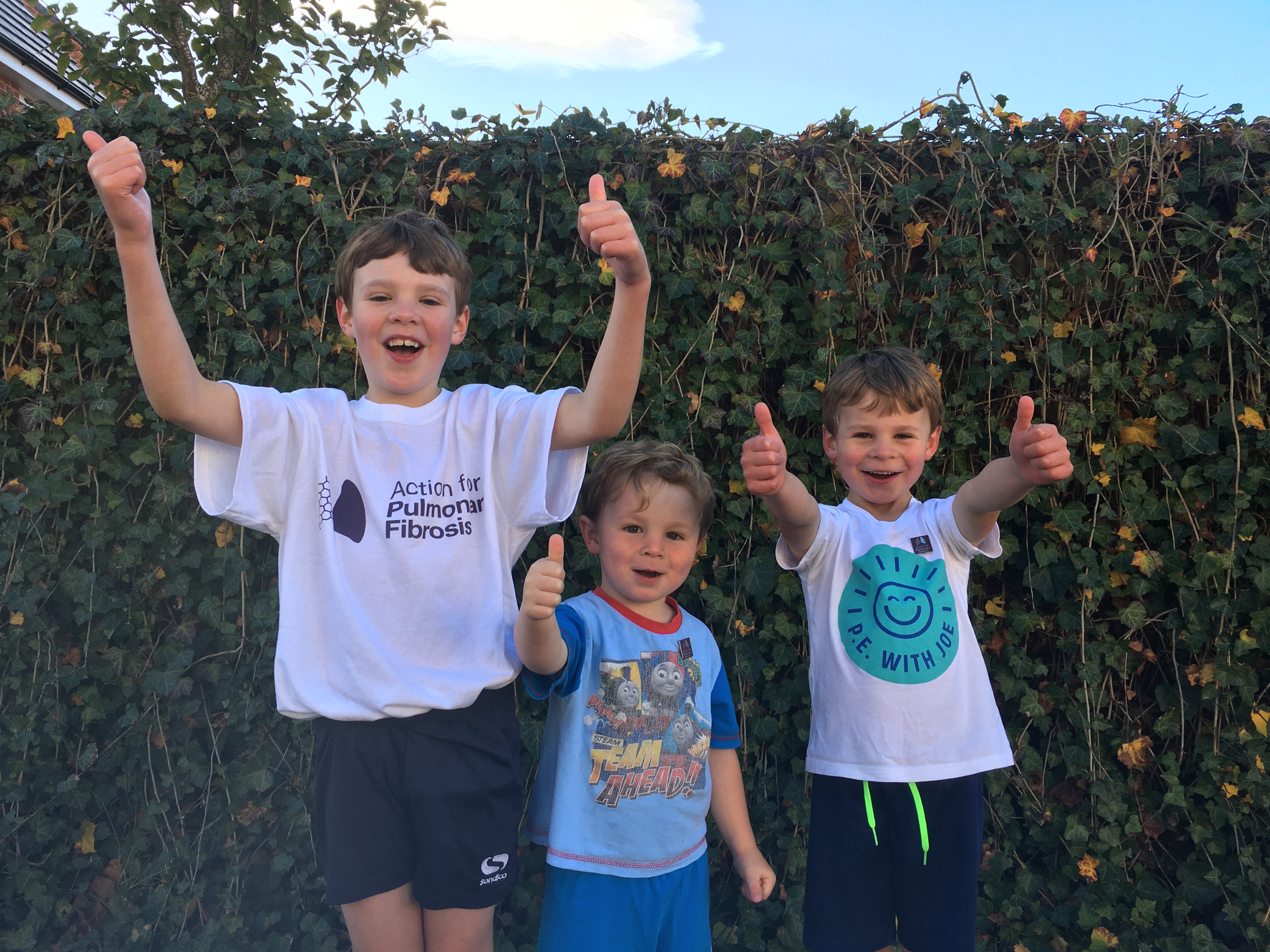 With her three young boys, Daniel (7), Thomas (5) and Peter (3), Catherine was keen to fundraise for APF and the Go the Distance challenge during awareness month was the perfect opportunity to get involved.

As a GP herself, Catherine still struggles with the fact that there are very limited treatment options for people with PF and that people are often diagnosed so late on in the course of their illness. Her mum, Alison Midgley, showed symptoms for quite a while and, after an initial incorrect diagnosis of sarcoidosis the previous year, Catherine now understands that it is not uncommon for PF to be a delayed diagnosis.

I still struggle with the fact that there are very limited treatment options for people with PF.

Catherine knows her mum found it very difficult to have to explain her illness to people because they didn't understand what it actually meant for her. Alison's condition deteriorated and she had home oxygen a few months after diagnosis. Despite this they still managed a family trip to her favourite place on the Yorkshire coast. When her mum passed away just before Christmas she left what Catherine describes as a 'huge hole in our lives'.

We decided to undertake a challenge in memory of the boys' grandma to try and help others with PF. I was keen to do something as a family to include my young children.

Going the Distance for this family involved running the equivalent of a marathon between them, but it will primarily involve the boys covering a massive 26 miles during September. Catherine tells us

The family want to help raise money to continue valuable research into developing treatments and hopefully a cure. The are also keen to raise awareness of the condition so that people can understand the impact of such a diagnosis on those affected and their families.

We've really enjoyed doing it and it's been such a positive thing for the boys to be talking about whilst remembering my mum and I've found it's helped me too.

After many days of running, the boys exceeded their original distance and reached 30 miles between them. Towards the end Thomas (aged 5) fell and for a moment Catherine thought he wouldn't want to carry on but he picked himself straight back up before she could help him and carried on. He later told his dad, Steve, that

He was thinking of grandma and that had made him get up and keep going!

Between them the family raised £800 for APF.

Thanks to our fantastic Go the Distance and Create a Stir fundraisers, who got involved during Pulmonary Fibrosis Awareness Month, over £20,000 was raised for APF.