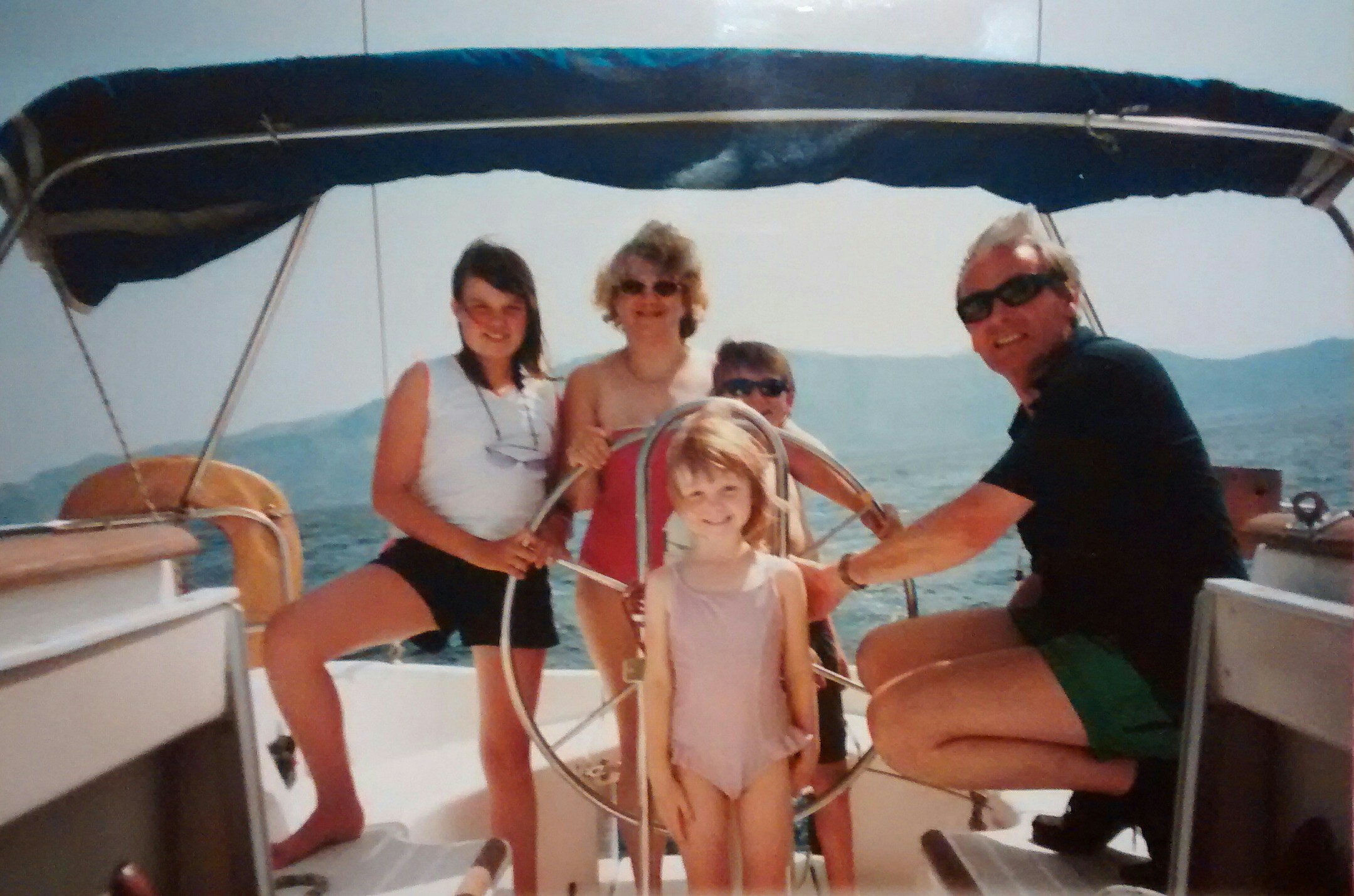 Tim was a family man, married to Alison for over 33 years and father to three children, Natasha, Dominic and Gabriella. He enjoyed a successful career in IT, loved cars and sailing, but his main passion in life was undoubtedly his family.

In November 2016, Tim sadly passed away from Idiopathic Pulmonary Fibrosis at the age of just 58. Tim's son Dominic recalls childhood memories of an incredibly devoted father. "He taught us all how to swim and ride a bike, took us to music lessons and helped with our homework, but what he enjoyed most about being a father was taking us on holiday, where he was in his element. For years and years, the five us us were fortunate enough to go on wonderfully adventurous sailing holidays in Greece or Croatia. We actually managed to do this as a family the summer before he died, despite him being unwell".

Tim was diagnosed just a year and a half before he passed away. He had always been a fit and healthy man, but on a family skiing holiday he noticed he was struggling to breathe, particularly at higher altitudes. It was this difficulty breathing combined with a persistent dry cough that prompted him to go to the doctors.

Dominic now works as a junior doctor in the West Midlands and subsequently has a greater understanding of lung disease, even working on a respiratory ward during the COVID-19 pandemic. However, at the time when Tim fell ill, the whole family found it very scary and hard to comprehend. They found the lack of awareness of Tim's illness very frustrating and although Tim had never smoked, they found that there was a stigma attached to lung disease back then. Dominic notes "The COVID-19 pandemic has at least helped raise awareness and understanding of lung disease, especially with pulmonary fibrosis emerging as a potential complication of having severe COVID-19 infection".

Dominic describes how none of the family grasped quite how unwell Tim was after he was diagnosed. Very sadly, Tim deteriorated quite rapidly before catching a severe pneumonia in October 2016, proceeding to spend three weeks on a ventilator before he tragically died.

It was completely unthinkable that his life would end so abruptly

"Dad dying so young meant I was still at university, my younger sister was doing her A levels and my older sister had just started work as a teacher."

It was devastating as he had so much left to live for, including an anticipated happy retirement with our Mum

"He would have been absolutely delighted to walk his daughters down the aisle, see us all start our careers and witness all those important life events which regrettably my Mum has to deal with by herself. He is sorely missed every single day and life has never been with same without him for me or my family. Anything that helps remember him and could help other people going through a similar experience is a really positive thing as far as we are concerned."

"My family are firmly committed to supporting APF long term as we really do admire the charity and the work it does. Sadly, we didn't discover APF until after dad had died, but we've been very impressed by everything we've seen over the last five years with it growing enormously. APF does a superb job of raising awareness of this disease, supporting people with it and of course funding research. We are really pleased to be able to help!"

Whilst at university, Dominic fundraised for APF by completing a half IRONMAN distance triathlon as well as hosting two music concerts and a comedy show, raising over £6,000 in total. More recently, his sister Natasha asked for APF donations in lieu of wedding gifts (generating nearly £600) and Dominic completed a full IRONMAN triathlon in Hamburg, smashing his goal and raising a further £2,345 for the charity to invest in research.