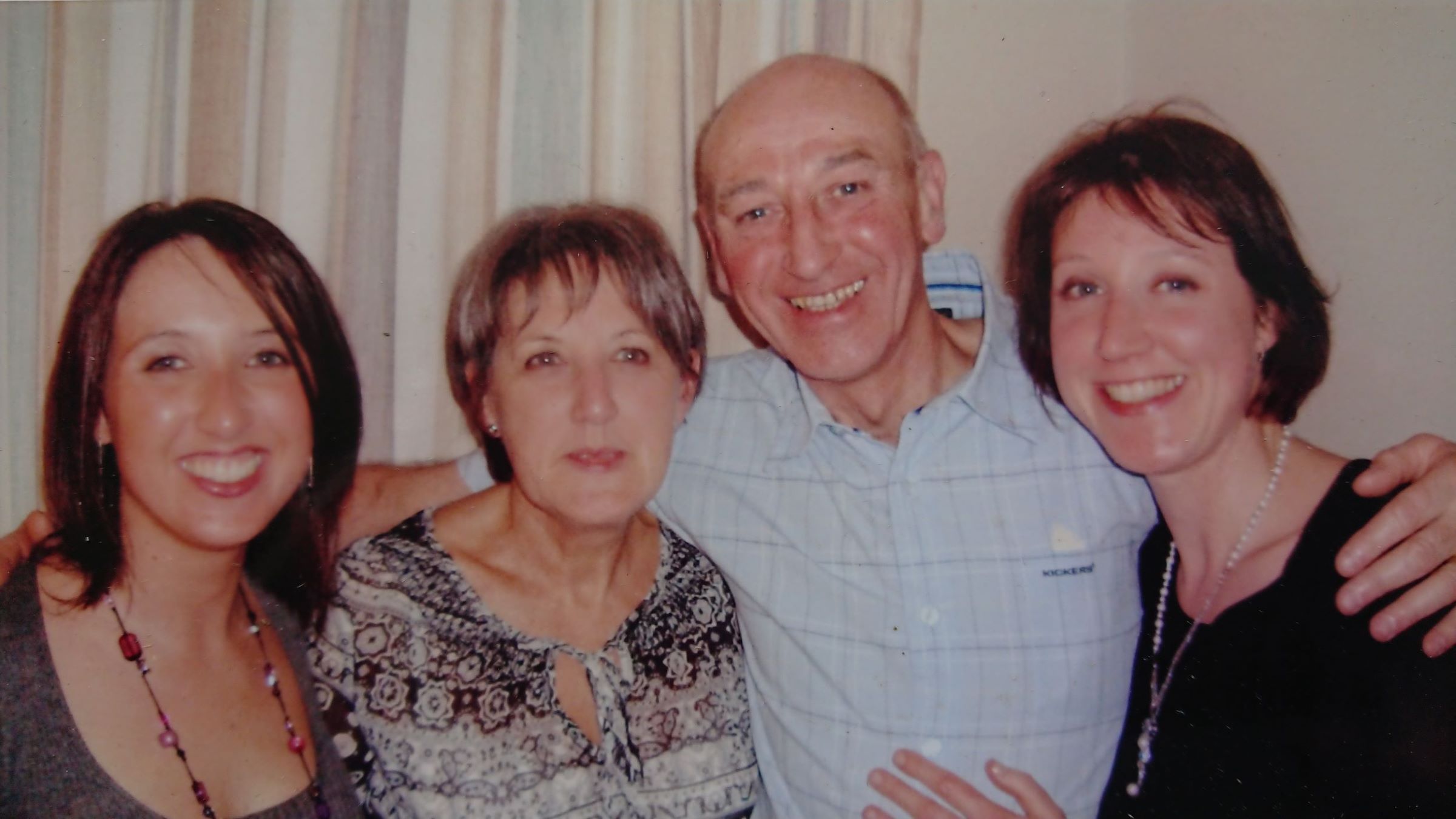 “A gentle man, mild natured, blending in whilst quietly confident. He gave good advice, he listened, had a dry sense of humour, a strong family commitment, worked hard, always doing that bit extra. He was a good dad; he was fun, and he was also very fit and able”

Our community have told us that they would welcome a dedicated space to share memories of loved ones lost to pulmonary fibrosis. With this in mind we invite you to Remember this September by posting on our dedication wall during pulmonary fibrosis awareness month.

Listening to Di and Cath talk about their dad, it was clearly hard for the family to accept that at aged 67 Peter had died from pulmonary fibrosis.

Peter was diagnosed with Rheumatoid Arthritis, for which he was under the care of a consultant and treated with steroids.  He decided to retire early, aged 64, as his joint symptoms could be poorly controlled, and this impacted on his role as a school caretaker.  Around two years post-retirement, Peter noticed an increase in shortness of breath, and it was at this point the confusion around the cause of this began.

Following a consultation with a specialist chest physician, pulmonary fibrosis was mentioned but no formal diagnosis was made, and the shortness of breath Peter continued to experience was often related to the potential side effects from the steroids he was taking.  Whilst finding some things more tiring over the course of the next couple of years, Peter still functioned normally day-to-day.  He had an intermittent cough, but this wasn’t a main symptom.

Early in January 2015, having been admitted to hospital for scans following a suspected chest infection, pulmonary fibrosis was now clearly identified as the cause of the breathlessness.  Peter returned home with oxygen and was cared for by his wife, Sandra and his two daughters.  The family were advised that Peter’s condition would not improve, but nobody seemed to be able to advise whether he would continue to deteriorate or if the condition would stabilise. Cath recalls

During this time the family tried to normalise Peter’s life with PF and reassure him when he felt concerned, panicked or worried.  He very quickly declined and died in June of the same year.

As the family look back at that time, they remember a long-term conditions nurse telling the family

You would be better off having a cancer diagnosis because there is more knowledge about it, more support and treatment options

Cath wishes the family had had some of what she refers to as ‘the difficult conversations’ much sooner.  They didn’t discuss her dad’s wishes for his funeral or how her mum wanted to manage those final few weeks and days.  They didn’t want to believe what was happening and, more importantly, they didn’t want Peter to feel frightened.  None of them knew what to expect and access to support wasn’t easy – sadly they didn’t discover APF until after Peter had died. Cath feels, whilst her dad wasn’t ‘a groups man’ he and Sandra may have benefited from telephone support in the form of an APF befriender and advice from a specialist nurse via our support line. Practical help, signposting to other services and a greater knowledge of PF would have assisted

Whilst research into the disease and the hope of finding a cure is extremely important, Sandra, Di and Cath believe helping those with PF live better for longer is vital now.

We are so grateful to everyone that donates to APF in memory of their loved ones.  Your support helps us continue providing a lifeline to people affected by pulmonary fibrosis in the form of our support line, telephone befriending service, assessing support groups and funding vital new research into the disease and treatments.