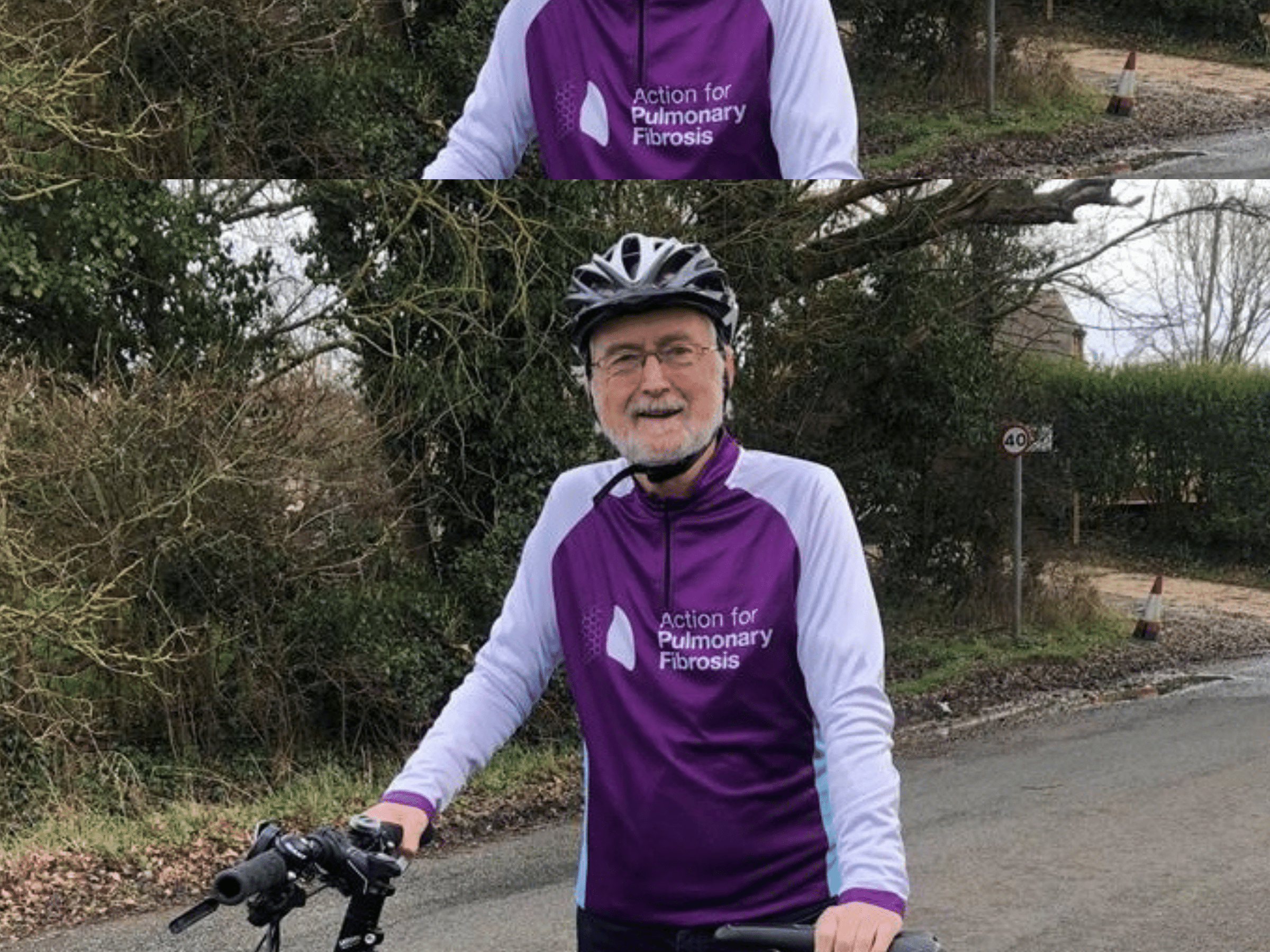 Imagine every breath you take is an effort. That is what it is like for over 70,000 people in the UK living with the devastating lung scarring disease pulmonary fibrosis.

Our Chair of Trustees Steve Jones has been living with the condition for 8 years and is ‘Going The Distance’ this month to raise money for Action For Pulmonary Fibrosis. By cycling 500 miles, he aims to raise vital funds to help APF support, research, campaign and develop education around the condition. Here, he tells his story in his own words:

I lived with the disease for eight years (from 2008 to 2016) becoming progressively more and more breathless. Over time, everyday tasks like showering and dressing became more difficult. I became housebound and dependent on oxygen 24/7. Sadly, most people die of respiratory failure within a few years of being diagnosed.

I would have died too if I had not received a lung transplant in early 2016. I was one of the lucky ones - only 1-2% of patients are able to have a transplant.

As I recovered from the transplant, I became determined to make a difference to the lives of all those people, now and in the future, living with this cruel disease. I joined the leading charity Action for Pulmonary Fibrosis as a trustee and I now chair the organisation.

Pulmonary fibrosis accounts for over 1% of deaths in the UK and kills more people each year than either leukaemia or ovarian cancer. Despite this, very few people have heard of the disease.

APF is only 7 years old but we are growing rapidly. We have a small but excellent team and are investing more and more in (i) supporting patients and their families living with the disease (ii) campaigning for better treatment for pulmonary fibrosis patients and (iii) investing in research.

Almost 90% of our income comes from fundraising activities by our wonderful supporters -  patients, their families and friends.

I received a single lung transplant, so my lung function is only 50-60% of what it should be for some one of my age and build. Because of this, I ride a e-bike (but I try only to use the battery on hills!)

My challenge is to ride 500 miles in the month of September around South Cambridgeshire, where we live. Assuming I take one day off a week, that works out at 20 miles every day.

Please give generously and help us find a cure for this terrible disease!